Kris and I met when we used to work together at the Park Hall Hotel, I
was his boss and he used to cause all the trouble. It turned out that we only lived two streets apart, so after
he left we used to bump into each other all the time and before we knew it we
were living together. He came round to mine on Christmas Day and never went
home again. My mum always jokes he’s the Christmas present she didn’t ask for
and doesn’t know how to send back!

Kris proposed at
the Isle of Wight Festival on Friday 13th June 2014. Six of us bought a car to
travel down in and stayed in a caravan just outside the festival grounds. He
proposed just before Biffy Clyro headlined (all part of the plan as they are one
of our favourite bands) and I barely remember the set as I was in so much
shock. We were lucky enough that a bloke stood next to us filmed the whole thing
otherwise I am not sure I would have believed it had happened. Watch it on YouTube (best have your tissues at the ready!)

We decided our
wedding would be our very own festival. We explored a few different venues in
the area, but no one was flexible enough to create the day that we wanted. We
needed land so we could set up marquees and found a relatively local village hall
with a lovely field at the back. The owners kindly agreed to let us use the
hall for the weekend.

My six
bridesmaids and I visited all the Little White Books wedding fairs to get ideas for ‘K-Fest’ and it slowly started coming together. We booked the marquee,
the bands, a silent disco (as we had a noise curfew of midnight), a fish and
chip van for food during the day and the famous Preston Potato Man for the
evening food. We wanted everything to be laid back and relaxed so decided on
‘BYOB’ so everyone could drink what they wanted. Everything else we made
ourselves.

The bridesmaids
gave up their Saturday nights out to stay in making paper flowers and
decorating jam
jars (they were quite happy to be paid in wine). The children all decorated
triangles that were made into bunting by my very talented sister-in-law
Juliette.

Kris and the
groomsmen made all the signage and the photo booth. My nephews hand-painted a
postbox for the cards. Everyone was so
generous with their time and we were overwhelmed at how involved
everyone was. I got my dress from Amelia’s in Clitheroe. The team there were a dream and made the whole process such
a lovely experience. I had gone in thinking I wanted a 50’s style dress that
would be practical in a field in the middle of an unpredictable British summer,
but ended up coming away with a completely impractically long dress which I
adored and didn’t want to take off. I’d still be in it now if I could.

I got some
lovely heels from Vintage Lane Bridal at Last Drop Village, and I lasted a lot
longer than I thought I would on the day (though I did switch to my trusty Converse
trainers before the first band came on). We ordered the bridesmaid dresses from
BooHoo.com. Trying to please six girls was never going to be easy, but they all
agreed on this one, and all decided on their own shoes and accessories. I
wasn’t even bothered about them having the same dress but they wanted to match
so I left it to them. The same went for the Groomsmen. We weren’t bothered
about matching so they all went for tweed but picked their own suits in
different styles and colours. They were from a local shop, ‘Wo+man’ in Leyland,
where Jo, the owner, was amazingly helpful and couldn’t do enough to help.

The few days
before the wedding were crazy. Everyone offered their services to help set up
and decorate and made it into such a special event. There was so much to do but
our friends and family made it fun and could not do enough. It felt like a
joint effort and that everyone was coming together to support us. We realised quickly how lucky we were to have such
amazing people in our lives. My mum’s best friends even came over from Canada
to be a part of it.

The day itself
was amazing from start to finish. Kerry Baker had the girls on a strict
schedule. Her organisational skills were fabulous, I didn’t have to worry about
a thing. She had all of us ready with plenty of time to spare for drinks and
photos. She really did make us all feel wonderful and was always on hand to
help. Jo, the photographer was equally amazing. Everyone commented on how
relaxed she was and that they felt relaxed around her. She did a brilliant job
of capturing the girls getting ready, while also dashing across town to snap
the boys who were getting pampered by Josh at The Gentry No.77.

We had written
our own vows, and had asked Kris’s brother to officiate the ceremony (we would
be legally married at the registry office on the coming Monday). Having him
play such an important role in the day made
it feel so much more special and he had everyone laughing and crying all
the way through. We had decided to incorporate song lyrics in our vows, and
though neither of us had seen the others, we both managed to pick two of the
same songs. My personal favourite line in
the vows was Kris promising to behold onto me all the red fruit
pastilles (and he has stuck to his promise). My bridesmaids and I walked down the aisle to an acoustic
version of the Friends theme ‘I’ll be there for you’.

After our meal of
Fish and Chips, we toasted our marriage with Prosecco, Iron Brew WKDS and
Cheeky Vimtos. Once we had wiped away the tears from the speeches, we were all
ready to party. The first band was an amazing nine-piece band, Feelgoodfactor,
featuring one of the bridesmaids Dad. They had us all dancing in the field and
singing along to ‘Mustang Sally’. We timed the bands so that the evening guests
were arriving in time to have a dance and didn’t miss out on all the fun.

For our first
dance we decided on ‘Many of Horror’ by Biffy Clyro. You could say it is a bit
morbid for a first dance, but when it was played on the night of our
engagement, massive confetti cannons went off and it just felt pretty magical,
so it had to be that. Unknown to me and Kris, Kerry Baker had smuggled in some
confetti cannons, and had the bridesmaids set them off during the dance. When
the rest of the guests joined us on the dancefloor, I remember looking at Kris,
being surrounded by everyone we love and feeling like life couldn’t get much better
than this.

After a bit of a
boogie in the marquee, and some amazing food from the Preston Potato man, we
went back outside to the main stage for the second band of the evening ‘Gold
From Stone’. They are famous in our home town and had played my 30th birthday
party so I knew we were in for a treat. They didn’t let us down and had
everyone dancing to ‘Not Nineteen Forever’.

As we had a
noise curfew, the silent disco was lined up in the marquee for later on. Jo,
the photographer was amazing and stayed late to make sure she captured it all, which I couldn’t thank her
enough for as some of the silent disco photos are just fantastic (the
videos are great too but I’m not sharing those…) We topped off the night
camping in tents behind the marquee and everyone pitched in tidying up the next
day.

If I could offer any advise to future brides and grooms, it would be,
don’t sweat the small stuff. You can’t force
people to enjoy themselves, but generally if you are happy, they will be
too. And let people help you. It is too easy to try and do everything yourself
and get bogged down. My favourite thing about our wedding was the feeling that
everyone was a part of it. There was a lovely sense of community, of family and
friendship. It just felt like everyone was on board with the vision we had for
our day and wanted to be a part of it. It was just perfect. 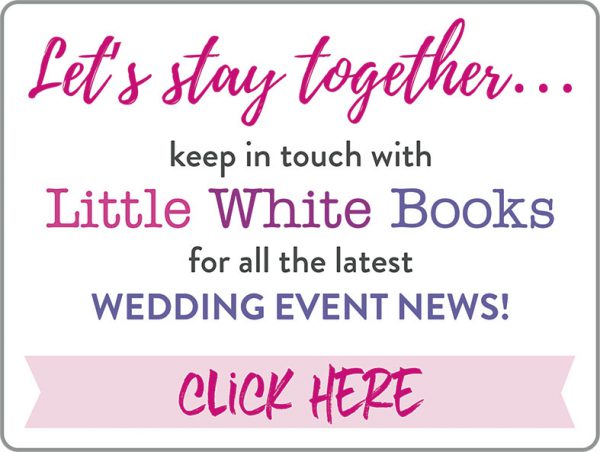